Dog Protection training is there to train your dogs to protect you when no one else can for instance when involved in a hi-jacking, hold-up, gun attacks and attacks at home.

Our protection classes will train your dog to protect you when protection is needed.

In the classes, personal protection training is taught and not attack work. Dogs need to distinguish when to bite, and when not to. You do not want your child to get bitten / or have a lawsuit against you. Personal protection is taught at home, in the car, when the handler cannot give a protection command, when a gun is shot, etc. We also go to your home when the dog is advanced enough to teach / test him. This is a tremendous advantage, as most dogs do not do the job naturally.

In the success story of Brett and Major, you will read that Major is a true hero. Major and Brett did not have to do protection dog training, they had such a strong bond that Major saved many lives on the night they were attacked. This is what we strive for when you train your dog. It makes a total difference if the dog “likes” you, as many dogs do not want to be around their owners because they haven’t bonded with each other.

We had a critical situation whereby an elderly couple were attacked and left for dead. Fortunately they survived the attack and asked us to assist with some protection training, which we duly did. The attackers returned a month later to finish off what they started, not expecting the female German Shepherd to be totally different to the one they encountered previously. She did her job and rescued her owners, saving their lives with her courage and dedication. She is another true hero.

These stories make us feel truly humble and grateful to have these animals to work with. It also gives us the greatest pleasure knowing we had a hand in saving lives. Contact us to make a booking.

This is what happened on Saturday morning to my wife:

Our almost 5 month old German Shepherd is trained in obedience. My wife had to drop our daughter off at 5 this morning so I told her to take the Misty (the dog) with as a safety measure. The rear seats were down so the boot and that space is nice and big and Misty lies down nicely.

A traffic officer pulled my wife over and asked for her lisence and immediately asked if she has a weapon. Before she could answer, Misty sat upright when she saw the officer and the officer moved to saying that it is illegal to transport a dog without being in a crate and that it is against the road regulations. She then said that there is no such law and he got arrogant, raising his voice asking ” who is the officer, me or you”?

She replied being an officer does not automatically make your statement correct. He then made a sudden move toward the window and in a flash Misty was on my wife’s lap, muzzle halfway out the window (it was rolled down about 15cm? and she went full protection mode barking, growling and snarling at the officer!

My wife then asked the officer if he is going to give her get lisence back, or is he going to follow her to the police station to resolve this matter? He then very carefully slipped the card through the window.

As my wife drove off, she saw them making an ILLEGAL u-turn in the middle of an intersection and drive off.

The training is going very well. I will send you video links. The tracking is going extremely good! Heads down moving at a pace that requires me to run a bit to get to the item so she can get her toy.

Nova is very thorough, moving slowly, but directly on the trail keeping her head down. Misty runs at a pace switching between tracking and trailing, not necessarily moving on the spoor, but getting to her target as fast as possible.

As for the poison prevention, it is going really well. If food falls out they either stops eating and move away until I place it back in their bowl, or continues to eat and leaves the food that fell out.
I will be in touch for further lessons on protection. 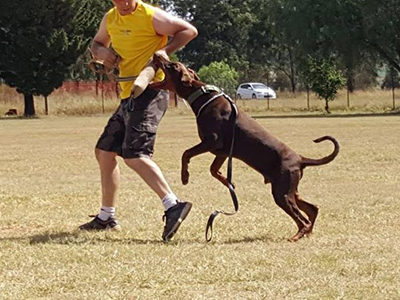 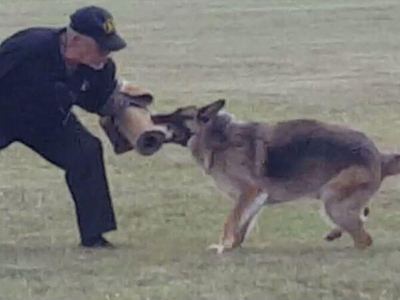 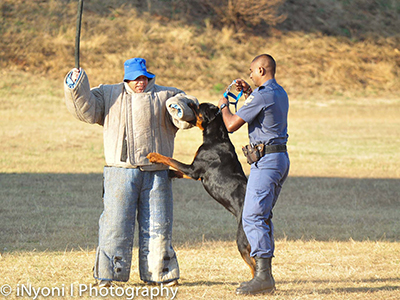 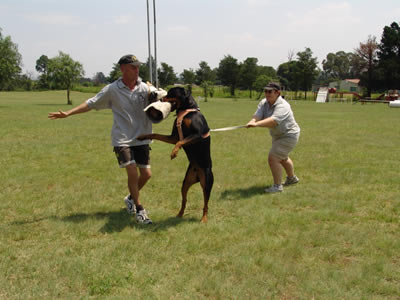 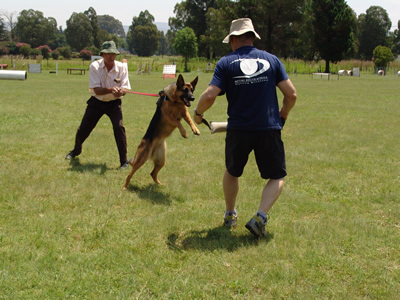 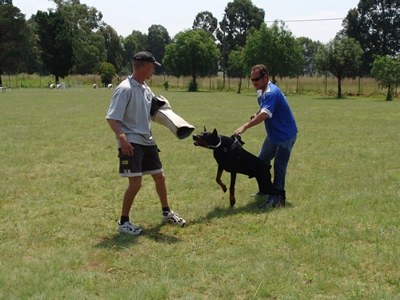 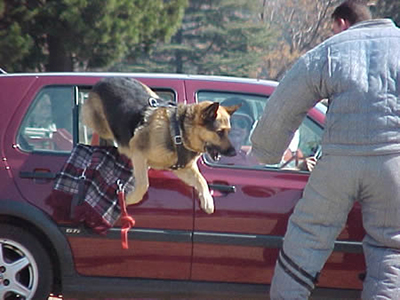 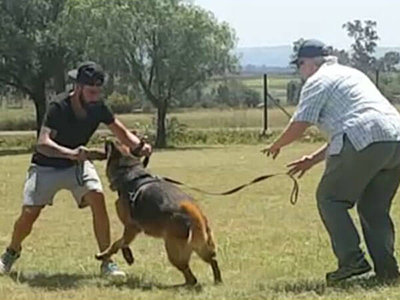