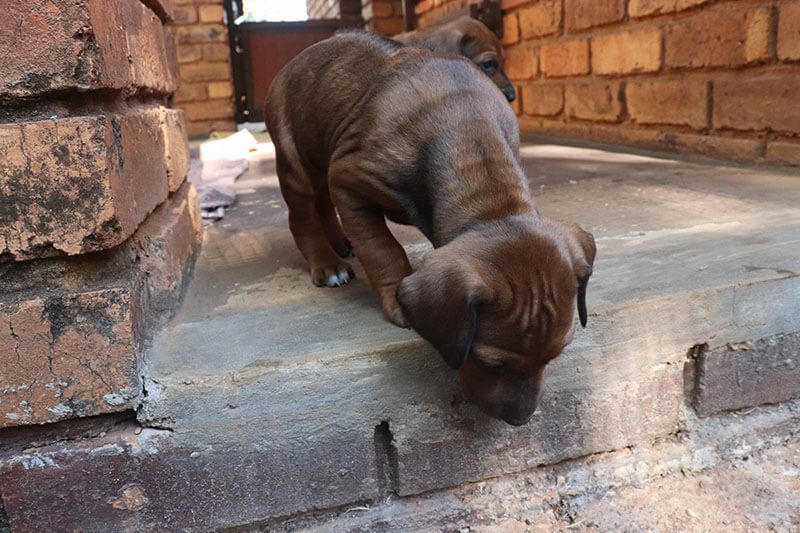 I met Spirit in June 2018. I decided on a Rhodesian Ridgeback as I had another Ridgie (Bruno) before and had some of the best moments of my life with him. Unfortunately, at two years of age Bruno became very ill and within a period of a week, I had lost my best friend. I did not want another dog after that as it was difficult to accept the circumstances of his passing however I also have a German Shepherd (Skyla) who became very lonely so after a while, we decided to get a companion and so little Spirit entered our lives.

I got Spirit at 8 weeks of age. I also started looking around for renowned training facilities. After a lot of research, I decided to mail SADTC to see if we could join. I visited on a Saturday and Christine showed me around. I was amazed to see the number of instructors and dogs working. I had been to another training facility with Bruno when he was a puppy but it was nothing compared to what I’ve since experienced.

In the first practical class with Chris, all the handlers were asked why we were here. I remember answering that I just wanted to have a strong bond with my dog and to give Spirit the best I can. This still holds true today. I would like him to be the best that he can be and most importantly be a healthy dog. Training has proven to be a lot of fun and Spirit has also gladly provided me with a lot of sore muscles the next day! He is an extremely outgoing dog with tons of energy and although I am the exact opposite I am truly blessed to have him around. There have been many challenges but hard work and awesome help from all of his instructors has made things so much easier.

As time has passed I have come to realize that Spirit is the dog that I needed. You see I thought having a dog in training from an early age would make it easy and in a few months I’d have a super obedient dog. Wow, I was wrong. All of the hurdles have allowed me to try and conquer challenges and this, in turn, has kept me away from all the negativity that we all face in our lives. The lessons learned are not just for training too, it helps in other facets of life as well. 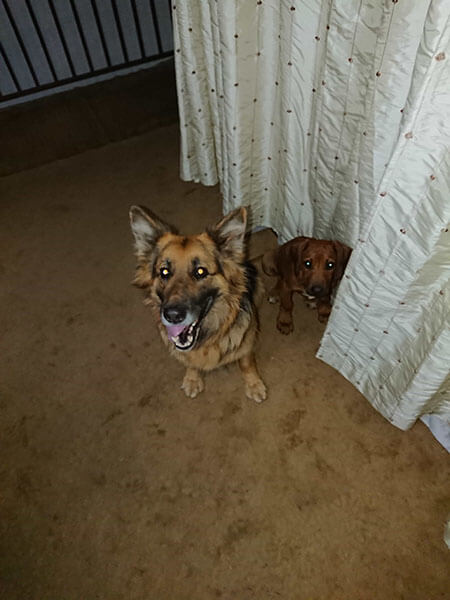 To explain how much Spirit looks forward to Saturday mornings, when we leave home to come to SADTC, he impatiently jumps into the back seat of the car but when it’s time to go back home, I have to carry this dog in the car.

At home Spirit mostly spends time lying upside down in the sunny areas of the house. We have to keep an eye on him after he eats in the afternoon as his energy levels are higher and he has a nose that directs him to do disastrous things. He just wonders around the house knocking things over with his nose. It’s a creature on its own I guess. He enjoys playing with his toys and standing on the balcony.

He gets a lot of compliments regarding his build and colour. Apparently, he is wheaten in colour although to a colour blind person(me) he looks very green. He will be entered into the Rhodesian Ridgeback annual show soon and will get to see a lot of his fellow Ridgies which is very exciting as it will also allow me to see character traits of the breed at different ages.

The worst part of my day is at 5 AM when I say goodbye to Skyla and Spirit. We go to the park in the late afternoons to train so that there are more distractions to work with.

I would also like to take this opportunity to thank everyone at SADTC for allowing for such a great environment and fulfilling experience. It is truly humbling to see the relationships people have with their dogs.